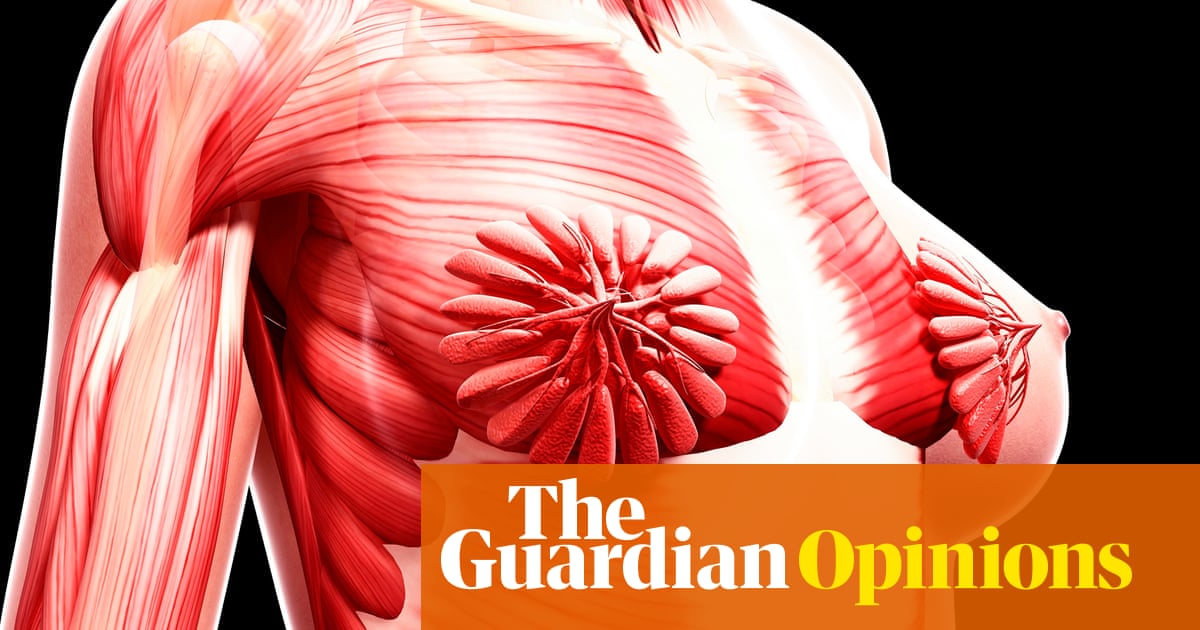 It has taken a viral tweet for thousands of people to realize that all human bodies are not male bodies and that womens muscular systems look different from mens.

To be fair, the image, which displays milk ducts in all their raw, floral detail, is indeed a new one for many of our eyes (my own included). That isnt out of personal ignorance, or at least not entirely. Its also because American scientific and medical education and, troublingly, research, treatment and standards presume the male body is the default.

Just think about the images of skeletal, nervous and muscular systems youve seen before. Without skin (and a face) its not immediately obvious that youre looking at a man. And yet its also clear that the default is a man. Even without milk ducts, the scientific images of human bodies that we typically see have male builds and musculature. Troublingly, we dont even necessarily identify them as male and therefore specific only to half of the population. We see them as normal.

And that means female bodies are the abnormal other, even if, numerically, we make up more than half of the worlds population. This male default extends beyond the pictures we study in science class. It means that for more than a century, drugs have been primarily tested on men, their side-effects not well understood for women, who have different physical bodies and different hormones.

Dosing may be calculated by weight assuming women who are two-thirds the size of men should take two-thirds of the dose but that doesnt actually account for how womens bodies process drugs. Pregnant women are excluded from clinical trials, even though they may still use medications while pregnant with no information on what it does to their bodies or their growing fetus. That can have deadly consequences.

When the male body is the default in biology classes, medical education and research, women get substandard care. And it goes deeper than that: defaulting to men in education is both a reflection and reinforcement of male defaults more generally. Men continue to dominate political, economic and public life more generally in part because their presence is normal and unquestioned. Thats not the case for women, who have to justify their entrance and see their presence questioned. Is this female politician likable enough? Is that female boss difficult or a Queen Bee? Are women funny?

This is the same reason we treat womens issues like they are a special interest instead of the norm, and why questions like should it be women or the government who controls a womans uterus? are seriously debated in the political sphere while no one debates a mans right to choose Viagra.

It may seem like a stretch to say that we havent seen milk ducts for the same reason we havent had a female president. But it does come down to the same root: when only one sex is the default, the other becomes, well, the other.