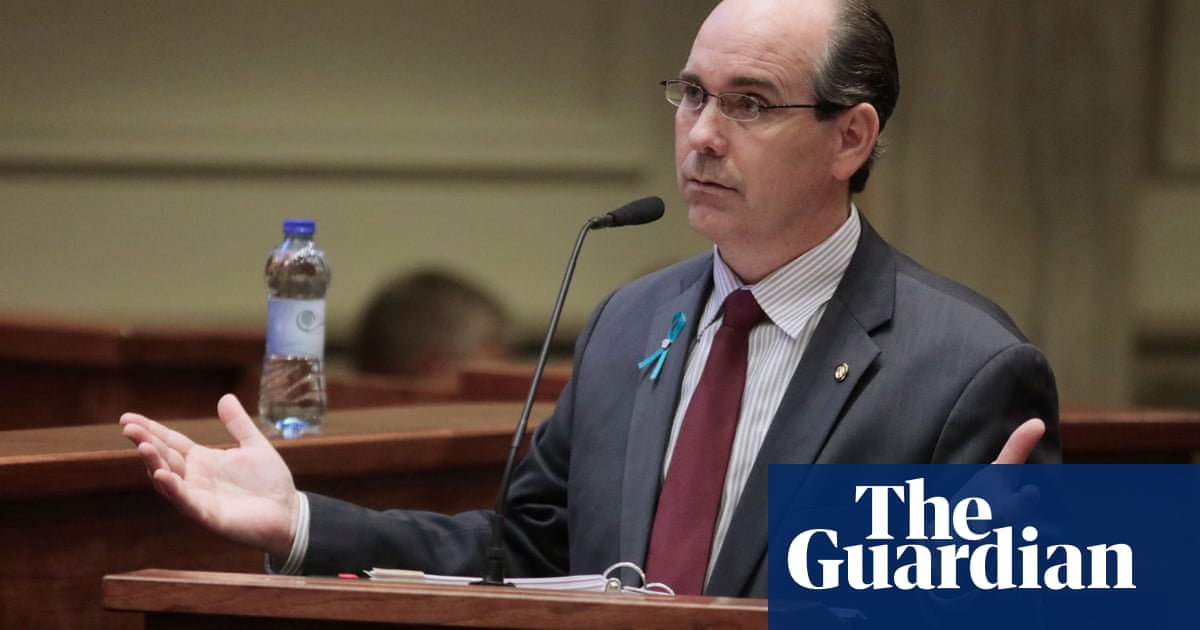 On Friday Missouri became the latest state to enact extreme abortion restrictions, passing a bill that bans abortion after eight weeks. The ban provides no exceptions for rape or incest which, according to the Republican state representative Barry Hovis, is fine because most rape is consensual anyway.

Hovis told the Missouri house that most of the rapes he had encountered in his previous role in law enforcement were date rapes or consensual rapes. While Hovis noted that these were all terrible he also stressed they were very tricky he-said-she-said situations. In any case, the lawmaker said, his real point was that, if someone was sexually assaulted they could simply take the morning after pill. Although, to be clear, he wouldnt be very happy about that either.

After the bill was safely passed, the lawmaker backtracked, explaining he misspoke. The Republican is far from the only politician to misspeak while arguing for abortion restrictions. Legislators saying ludicrous things while curtailing reproductive rights seems to be a feature of the American political process.

Here is a roundup of some of the more recent examples.

Women should end their pregnancy before they know they are pregnant

Senator Clyde Chambliss was one of the chief architects of the Alabama abortion ban that was passed this week, but dont take that to mean he knows anything about the subject. Im not trained medically so I dont know the proper medical terminology and timelines, Chambliss said in his opening statement. But from what Ive read, what Ive been told, theres some period of time before you can know a woman is pregnant. He then went on to say that this meant that a woman has a chance to end her pregnancy before she knows she is pregnant. He repeated this nonsense several times.

According to the anti-abortion brigade, life begins at conception. It turns out, however, that there are some exceptions. During the debate about the Alabama bill Chambliss was asked why it wouldnt apply to eggs fertilized in IVF. Chambliss replied, The egg in the lab doesnt apply. Its not in a woman. Shes not pregnant. Could he make it any more clear that these laws arent actually about protecting life, theyre about controlling women?

Miscarriages should probably be investigated as murder

Ohio Republican John Becker recently introduced a bill banning insurance coverage of abortions with limited exceptions. One of these exceptions being the re-implantation of an ectopic pregnancy into the uterus. As doctors were quick to point out, the technology to do this simply doesnt exist.

Abortion should be painful

In 2015 Idahos Republican-controlled state house debated a bill that would ban doctors from offering medication abortion services via telemedicine. Republican state representative Vito Barbieri asked a doctor testifying in opposition to the bill if women were able to swallow small cameras for remote gynecological exams. The doctor replied no, because when you swallow something it does not end up in your vagina. Fascinating. That makes sense, Barbieri replied.

How To Make Money Online Guide And Secrete This is what you Get With The Google Shooter online Money Making System.[...]
Read More
⇛ view similar products
Moroccan arabic language

Football Maestro package details staking plans straight to your inbox and all you have to do, is place the bets and watch your acc[...]
Read More
⇛ view similar products
Champion Bets Handicap Tips

Football Fanatic Reveals Secret Method That Makes Up To 3,867.50 a Month... Now You Too Can Make Effortless Profits. Only Takes 5-[...]
Read More
⇛ view similar products